The International Conference on Modeling, Simulation and Applied Optimization (ICMSAO’19) is the eight of the series of conferences and provides an international forum for presentations and discussion of research in all areas of science and engineering involving the modeling, simulation and applied optimization of processes and systems. The first conference was held at the American University of Sharjah from 1 to 3 February 2005 in Sharjah, UAE. The second was held at the Petroleum Institute in Abu Dhabi (UAE) in 2007 and the third held again at American University of Sharjah in 2009. The fourth edition was organized by Universiti Teknologi Malaysia from 19 to 21 April 2011 in Kuala Lumpur, Malaysia. The fifth edition was organized by the Tunisian Decision Aid Society from 28 to 30 April 2013 in Hammamet, Tunisia. The sixth edition was held in Yildiz Technical University from 27 to 29 May 2015 in Istanbul, Turkey. The 2017 version of the conference took place at the American University of Sharjah from 4 to 6 April 2017. The ICMSAO’19 will be organized by the University of Bahrain from 15 to 17 April 2019. The conference features contributed as well as invited papers concerned with the modeling, simulation and applied optimization fields. The conference also includes BEST STUDENT PAPER AWARD given for papers presented at the conference. Several leading researchers in the field of simulation, modeling, and optimization will be invited to deliver keynote lectures.

The conference organizing committee welcomes proposals for tutorials to be held in conjunction with ICMSAO’19. Interested speakers are kindly requested to send their tutorial proposals by email to the conference at: hmasri@uob.edu.bh. 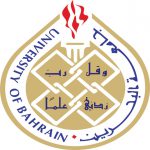 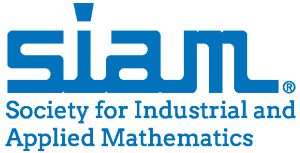